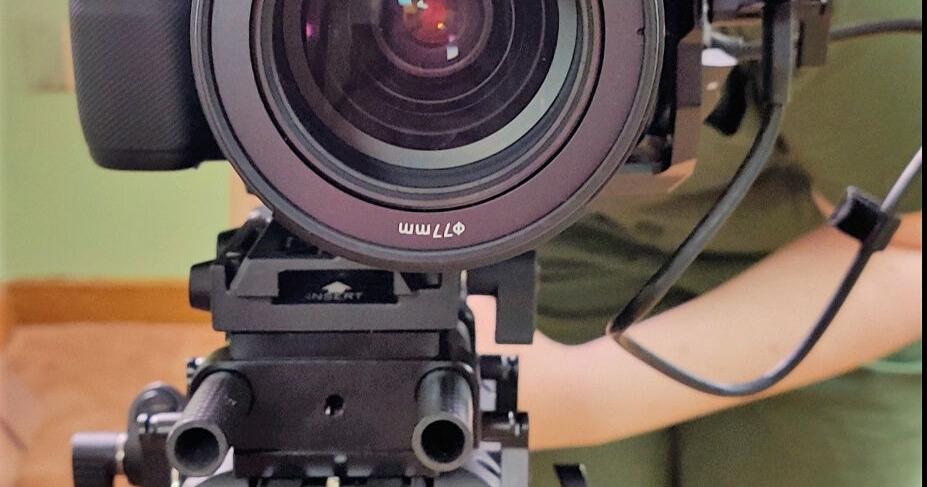 WATERTOWN — The Snowtown Film Festival, which received entries from 13 countries for this year’s event, has always given local filmmakers a place to shine — a trend that continues this year.

Many of the nearly 500 films submitted for consideration to the festival have Northern New York roots. It’s an outlet appreciated by those filmmakers. The Times talked to one filmmaker who submitted her first film to festival for this year’s event and to another who submitted his second — returning after submitting for the first time at the inaugural fest in 2015.

Ms. MacDonald, a native of Richville who graduated from Gouverneur Central School District, wrote and directed the 20-minute short, “Murray Triumphs!,” which was selected for the film festival. It was filmed on location in St. Lawrence and Jefferson counties, such as in front of the closed Ogdensburg movie theater, outside The Old General Store in DeKalb Junction and in front of the Lifesaver monument on the village green in Gouverneur.

The film’s synopsis: “A day in the life of down-on-his luck office manager, Arthur Murray, follows his journey from underdog to top dog … sort of.”

She wrote the script of “Murray Triumphs!” for a screenwriting class at SUNY Potsdam.

Following graduation from Gouverneur Central, Ms. MacDonald moved to New York City to attend the New York Conservatory for Dramatic Arts. She then worked in the Big Apple as an actress for a few years before attending at SUNY Potsdam, earning a theater degree. She later took some film courses at SUNY Potsdam and worked for a while at The Arc — Jefferson-St. Lawrence, where she had tasks such as directing adults with disabilities in theater pieces.

It was then off to the University of Glasgow, Scotland.

“The University of Glasgow has a great production program, focused on low-budget filmmaking and using whatever resources you can, and presenting film and media in a variety of ways,” Ms. MacDonald said.

While a student in Glasgow, Ms. MacDonald created the short film “Leaden Hearts,” which examines the power that objects hold over memory.

“When I moved back home, I decided to keep it going,” Ms. MacDonald said of her filmmaking.

She applied for a Decentralization Program grant through the New York State Council on the Arts and was awarded it, with the Gouverneur Community Center her sponsor.

“That was enough money to actually pay the cast and crew, to rent equipment and to take care of all the little things that we would need for the film, ‘Murray Triumphs!,’” Ms. MacDonald said. “That was phenomenal, because in our area, there aren’t many local filmmakers that are able to fund projects like that.”

Ms. MacDonald, who is employed by WWNY-TV, would like to empower local filmmakers by using such simple elements as networking.

“There’s a very rich filmmaking community, but the networking is something that needs to be strengthened a bit more,” she said. “So, bringing funding and resources into this area is vital. That’s one of the goals of my production company — to kind of become a resource and a network for local, low-budget filmmakers.”

“We want to do that in not only the stories we tell, but we also want to make sure that the people who are making these films are recognized,” Ms. MacDonald said.

She noted that herself and her director of photography, Cassandra L. Weed, are females working in a predominately male field.

“We wanted to make sure we highlighted that and support female filmmakers,” Ms. MacDonald said.

Her next project is titled, “Gently As We Go.”

“It’s going to be part of a three-part film series,” Ms. MacDonald said.

She’s working with playwright Damon Falke. In 2014, at the Edwards Opera House, she acted in the play, “Now at the Uncertain Hour” that he wrote. Ms. MacDonald said that Mr. Falke listened to it few years later when he found a recording of its production that was produced and broadcast by North Country Public Radio. The pair then started up a correspondence.

“This is a connection that I’ve had for years, and as I was looking for my next project, it’s fortuitous,” Ms. MacDonald said. “As a filmmaker, it’s really important to hold onto these connections when they’re so few and far between.”

The pair is looking to film “Gently As We Go” in the Watertown area.

“Damon is hoping to meet up with me at some point this summer,” Ms. MacDonald said. “We’re going to hopefully look at a few locations and move into principal photography in the fall. It’s another production I’d like to keep local and it takes place all in one room.”

The team hopes to reach out to local Airbnb outlets and rental units for possible film locations.

In 2015, at the inaugural Snowtown Film Festival, Carthage native Clay J. Dumaw had his film “Hold ’Em,” shot in Watertown and Carthage, accepted for the festival. The film features a World Series of Poker-meets-“Hunger Games” scenario. Previously, he also wrote and directed the horror film, “Get Out Alive,” also shot locally.

“After I made ‘Hold ’Em,’ there was a company out in Colorado Springs that saw trailers for the movie and offered me a job,” Mr. Dumaw said in a phone interview from the city.

He was at the production company, Windstar Studios Inc., for about six years, he said, doing everything from TV show productions to branding advertisements for car companies.

“It was nice,” Mr. Dumaw said. “It was actually kind of like film school. I was able to relearn everything about storytelling. They had a sound stage and all these fancy cameras and equipment. They let me have access to all of that in my free time.”

Mr. Dumaw now works for AdPro 360 in Colorado Springs, but while at Windstar, he was allowed free use of its studio, which features a green screen, allowing producers to drop in background images behind actors. He took advantage of the studio to make the western, “Jack Wyatt and the Gun From Hell.” In addition to directing the film, Mr. Dumaw also edited, created visual effects and did the sound design.

“This is my first feature in a while,” Mr. Dumaw said. “I pretty much took a break from the movie thing for a while. I was relearning some editing, directing and cinematography. I got out here and realized there was so much I didn’t know and it was, ‘I’ve got to wait before I jump into something.’”

But in the back of his mind, there was a western with a fantasy element he wanted to make. He wanted it to feature a “MacGuffin”: an object, event or character that serves to set and keep the plot in motion.

“I thought, ‘How can I incur something like that into a western?’” Mr. Dumaw said. “The gun is basically kind of like a western version of the ring from ‘Lord of the Rings.’”

When he wrote its script, the plan was to shoot on location. A few spots were explored.

“I don’t think they realized we were a low-budget film and they wanted to charge us an obscene amount of money,” Mr. Dumaw said.

He then realized he had free access to a green screen and a sound stage.

The synopsis of “Jack Wyatt and the Gun From Hell” (1:26): “After rescuing a mysterious drifter from certain death, a gold miner named Jack Wyatt is gifted a cursed pistol with unspeakable power. Little does he know that a gang of outlaws, led by the evil Thane Maddox, is searching for the notorious Gun from Hell.”

The movie features some actors from the Watertown area.

“I came to them,” Mr. Dumaw said. “There was a green screen at Steve Weed Studios. I flew out there and brought my camera and rented their green screen. We had already shot the (other) characters out in Colorado Springs. We were able to bring up those scenes and position all of our actors.”

All of the technology Mr. Dumaw is now involved with seems like a world away from when he studied visual communications at the Charles H. Bohlen Technical Center in 2007, the year the iPhone 1 came out. “That was crazy — like ‘Star Trek’ stuff,” Mr. Dumaw said.

He also recalls his class receiving its first hard drive with 1 terabyte of memory, something some cell phones now have.

“Everybody looked at that thing like it fell from space,” Mr. Dumaw said.

Mr. Dumaw’s next film is in pre-production.

“It’s going to be science fiction, heavily inspired by ‘The Twilight Zone,’ in a sense that it’s going to be very stripped down, character driven, with very few special effects.”

Plans call for it to be shot this summer in the Colorado Springs area.

“It’s not going to be green screen or anything,” Mr. Dumaw said. “We’re going to shoot on sets.”

At 6 p.m. Saturday, Mr. Dumaw and some cast members will be featured in a live-streamed Q&A as part of the Snowtown Film Festival’s virtual subscription.

“My brother, who is in the movie, is going to be there and I’m going to try to get a few other cast members,” Mr. Dumaw said.

Festival officials are working on lining up other panels/Q&A sessions. As of Wednesday, the schedule:

As an Amazon Associate I earn from qualifying purchases.