A look at Garuda, the drone startup behind Swiggy’s air-delivery plans 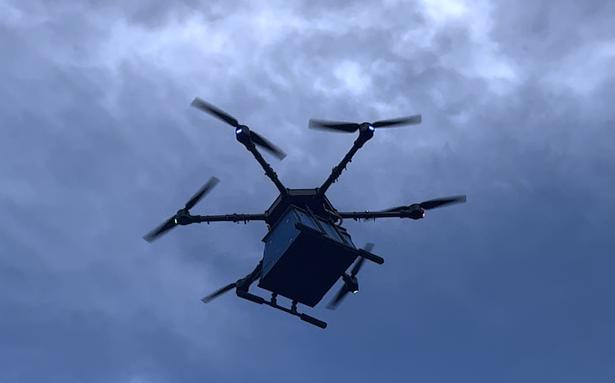 In the increasingly cut-throat war between delivery apps, Swiggy recently unveiled what could be their most effective weapon yet: a partnership with Chennai-based drone startup Garuda Aerospace to deliver groceries in Bengaluru by deploying drones. Garuda, which recently welcomed cricketer Mahendra Singh Dhoni on-board as investor and brand ambassador, is among the leading aersopace firms in India to spearhead drone food delivery — another is Skyeair Mobility, whose drones will be delivering food for Swiggy in Delhi-NCR.

Agnishwar Jayaprakash, founder and CEO of Garuda Aerospace, says he wants to introduce the idea of “groceries at your doorstep in seven to 10  minutes” in India. “If you are to measure the quickest time and the fastest route between two points, the result is always a straight line,” he says, adding “But when one travels on road, it’s a roundabout route. Exactly there comes the viability of goods delivery through drone technology.”

The drones, customised to carry grocery items, have now found another use. They are now carrying relief items and helping deliver aid to flood-hit Assam.

This is not the only marker of his firm’s success, however. Garuda has been making its mark for a while. 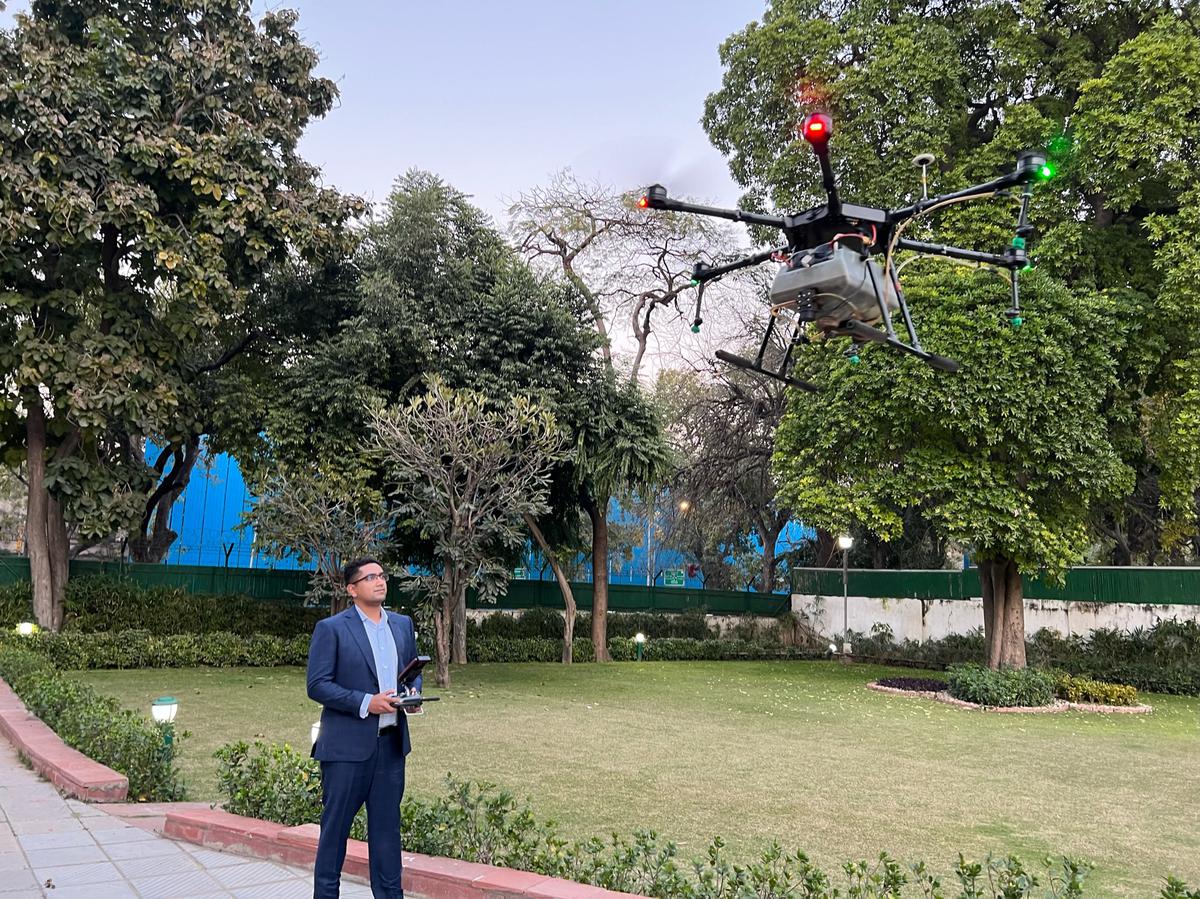 Valued at $250 million, the seven-year-old Garuda Aerospace boasts a fleet of 300 drones, and has bagged 8,000 drone orders from Malayasia, East Africa and South American countries, according to Agnishwar. Explaining why India is a preferred supplier, he says, “the firmware and the software work is done securely here, so there are no concerns about information security”. Garuda Aerospace has supplied drones to the likes of L&T and Adani, besides collaborating over various projects with Wipro, Intel, Tata Voltas, IIT Madras, IIT Roorkee, Delhi metro’s CISF unit, Varanasi smart city and ISRO, etc.. The drones are involved in a wide range of jobs, including solar panel cleaning, warehouse management, spraying of fertilizers, seeding fields and stringing transmission lines.

“Currently we have a team of 120 permanent pilots, and about 400 more are on contract basis,” says Agnishwar adding they are currently in the process of raising a $30 million fund for series A round at a valuation of $250 million.

Agnishwar states, “the actual operations will start in the middle of July. Right now, we are in the planning stage. From pickup point (seller-run dark stores) to customers’ location — we are chalking out the easiest and fastest routes.” 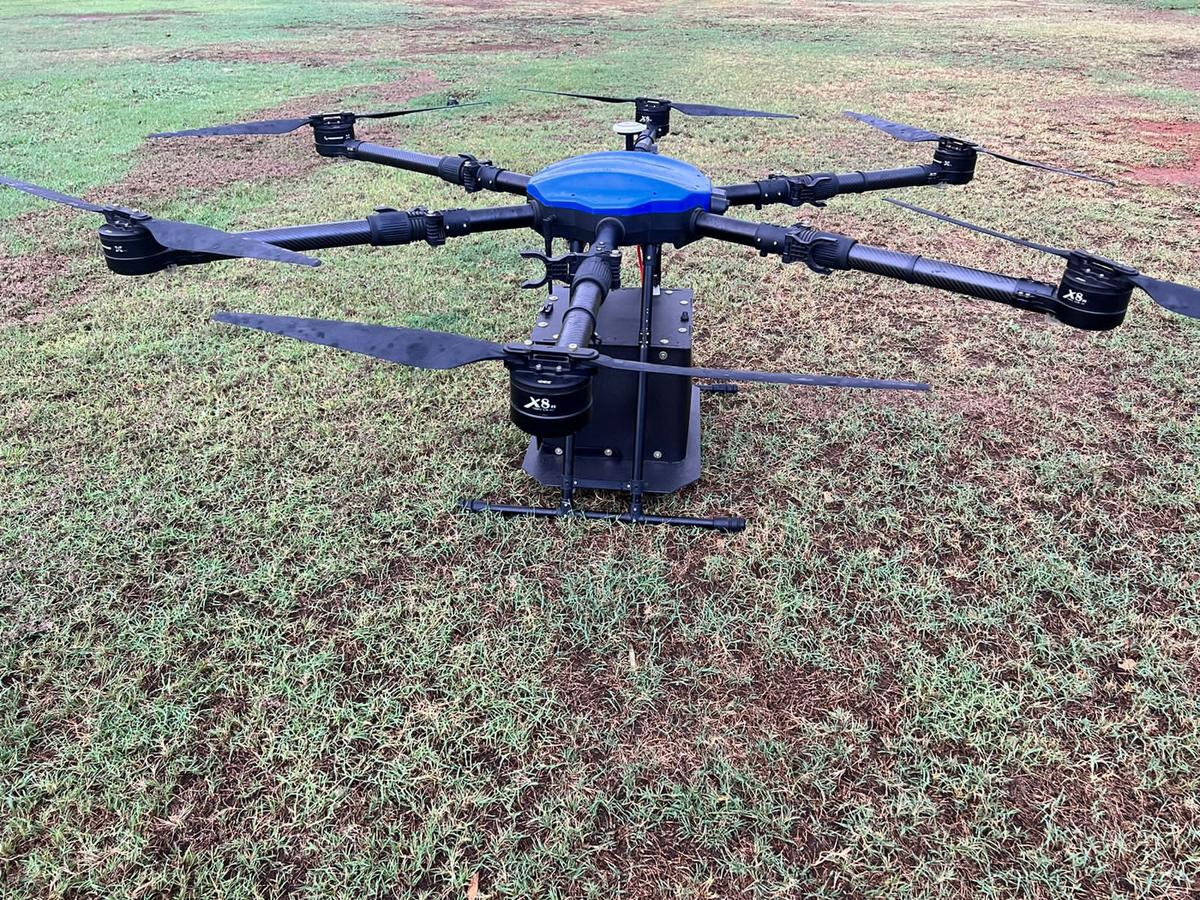 But how would an agricultural drone be useful for Swiggy’s Instamart service? A UAV engineer at Garuda Aerospace explains, “To make grocery delivery through drones possible, the tank where the fertilizer usually is stored, the tube, the nozzles and the motor cables will be taken off and a box made of composite fibre would be placed there instead.”

“It can carry loads up to anywhere between five kilograms to 20 kilograms and cover a distance of 30-40 kilometres with a speed of 60 kilometres per hour,” reveals Agnishwar.

Explaining how he got interested in drones, Agnishwar says, “It was during my time at the United Nations in 2017-2018, when I was working under former Assistant Secretary-General of the UN, Lakshmi Puri, that I observed how in developing countries like India, the adoption of drone technology is very slow. They were very capital intensive, and there were too many regulatory norms. Besides, people lacked the expertise to maintain them. Application of drones was largely limited to shooting films, wedding videography and photography.”

The 31-year-old CEO-founder shares how his association with the United Nations played a vital role in setting up his drone start-up. “ I had the opportunity to study a lot of case studies and impact reports during my time at the United Nations. I came to understand that developing nations required disruptive and emerging technologies like drones which could disrupt several multi-billion dollar sectors like precision agriculture tech.”

He began to ideate on “how drones could serve multiple purposes, if well-equipped. That’s what gave me the idea to fit drones with magnetometers, sensors, nozzles, tanks and all that is required to make it efficiently provide a varied range of services. This makes things move much faster and it is cost-effective, much more efficient and it helps cut down on costs for market players,” says the young entrepreneur.

Garuda Aerospace was incubated in 2015 at Agni College of Technology in Chennai, where Agnishwar is currently vice-chairman. “We started developing drones, putting a lot of focus on wildlife, agriculture and sustainability, which got us recognised by the UN as one of the top 10 socio-economic innovations in 2016. Since then, we have been working with the UN on a project-by-project basis,” says the alumnus of the Queens University of Charlotte, USA, .

The drone start-up currently has a manufacturing unit in Manesar. The company is going to expand its R&D facility, which is located inside Agni College of Technology, to house a drone manufacturing unit. “This unit will manufacture 30 different kinds of drones for diverse applications, including grocery delivery,” says Agnishwar.

Stating that there is a rising demand for drones now, he says, “However, the unit economics still need to work out for service providers like us. Right now, my company has the required manpower and technology to meet market demands.”

The biggest challenge, he says is a dearth of skilled labour to man the drones. “But the job of a drone pilot is a lucrative one and we are on our way to make youngsters realise this,” says Agnishwar, adding, “A drone pilot can make anywhere between ₹20,000 and ₹80,000. It can reach even ₹1 lakh, depending on the skills of pilot. Our aspiration is to create an entrepreneurship route — one drone should create at least three jobs: drone pilot, data processor and drone maintenance professional.”

As for why Garuda’s drones will be used for grocery delivery in Bengaluru and not in Chennai, despite Garuda’s strong base in Chennai, Agnishwar says, “It is entirely Swiggy’s decision. We will start with Bangalore, but opportunities will always be open for us to provide our service in other cities too. Right now, trial runs are on. Real operations will commence around the middle of next month.”

Although Garuda is based in Chennai, Agnishwar stresses, “We have presence in 26 cities. So, we see ourselves as a pan-India company.”